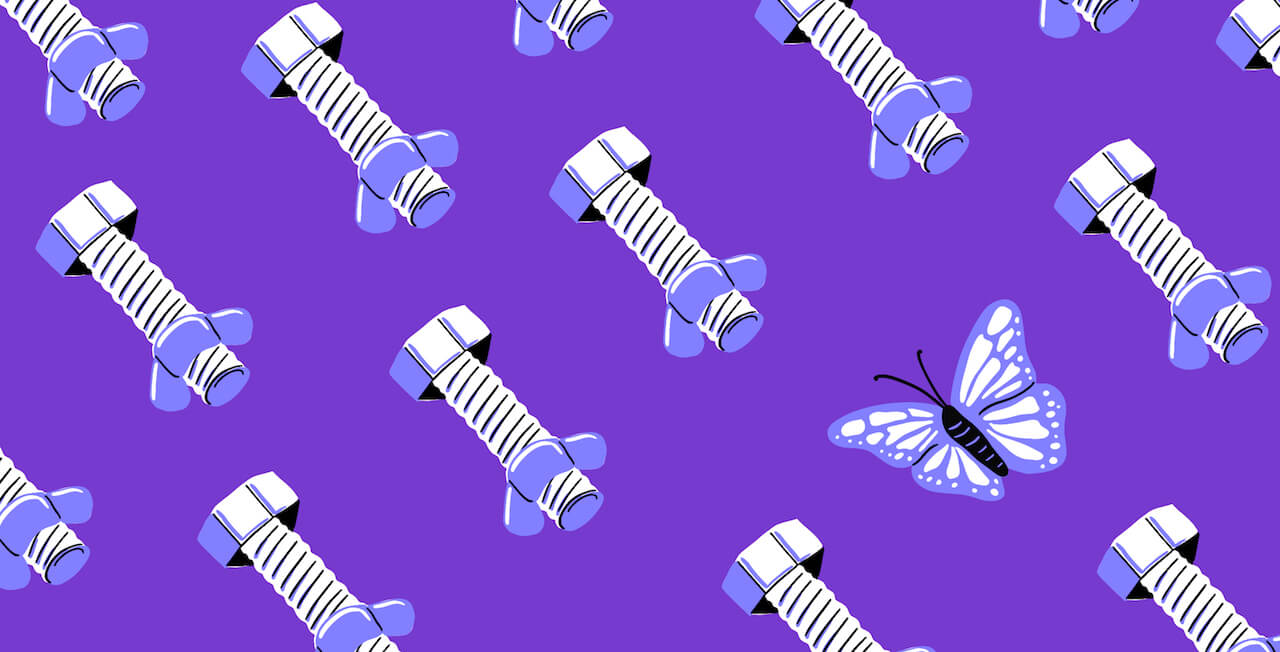 It is hard to describe the beauty of being awake early in the morning. Not lying-in-bed-hitting-snooze awake, but being out in the world. There’s something about a coffee before the world is alive, singing quietly to yourself so as not to wake anyone else. Taking the dog out for that morning air, the kind that lives untainted by the hustle and bustle of the day.

On one of these mornings with one of those dogs, I stepped out to let him do all the things a morning dog likes to do. A group of construction workers were outside on the street, having a morning planning session. One of those talks that’s all cigarettes and half-empty Tim Hortons cups. At one point, the need to discuss where a coil of hose was going to land, which is when I heard it: “oh yeah, well, let’s just put it in that faggot’s yard”.

Spoiler alert: the faggot in question is me.

I mean, it’s technically not the term I would use for myself, but who am I to judge them? You see, I am a queer trans woman. I use they and them pronouns and I live with my girlfriend. It’s all pretty gay, to be quite honest. It’s a life I am very happy with but the thing that really sticks to my bones in all of this is the fact that I used to be one of those men in that huddle.

In a former life, or at least what feels like one, I used to stand out there in their numbers. We’d convene idly in the street, trucks running nearby ruining the morning air with a sheen of exhaust. I’ve held a coffee in my hand and looked another man in the eye as he’s called someone a fag for not being able to lift a heavy bag. For being unable to drill a hole in a sheet of aluminum. I have lived a life on job sites; I became a journeyman when I was in my early 20s and worked with my hands in a variety of ways for close to 20 years. I’m something of an authority on what the atmosphere is like in these spaces and I can tell you beyond a shadow of a doubt that straight masculine energy is the natural order. Running outside of that is running outside of what is acceptable. At the time, it was perfectly acceptable to be loud and proud about your feelings towards people of other walks of life. Nowadays, there are charters of rights and freedoms protecting major contracting companies from damaging lawsuits to worry about. I know that in those spaces the word “gay” is synonymous with the word “weak.” And weakness is maybe the only thing not tolerated.

Being called that word is not what I find the most jarring. In the two years I’ve been out as a trans woman I have been called much worse things. I was also once called that word when I was physically attacked in the dark by my house. It’s less the heat of the word for me and more the sting of what it represents. It tells me that there’s a world that I used to know, that used to be a source of comfort, pride and income, is no longer available to me. The door is still there, but it’s not safe to walk through.

To do the math on my near-20 years in this industry while being 37 years old currently: I was 17 when I started sweeping the floor for my dad at his shop. I finished high-school one year into my apprenticeship and pursued trade school from there. I worked my entire adult life among the cigarettes, the Tim Hortons cups and the casual bigotry. I don’t have any formal training in any other arenas. This was one of the things that worked against me as I struggled to come out of the closet. What would I do with myself otherwise?

I am extremely lucky that my time spent working with tools also taught me a myriad of other skills. I owned my own contracting company for many of the years I spent in the industry and was at least good at being my own boss. Self-reliant, a go-getter and a fast learner. I am everything you were told to put on a cover letter to get a job stacking grocery store shelves in your teens. I was very lucky to be offered an opportunity to take a job that required me to sit behind a desk, which I eagerly took to give myself the space I needed from the construction industry before my hormone replacement therapy worked to take the muscle I had on my arms and shoulders and sweep it under the rug. I was, in fact, happy to see that all go. I never much cared for muscle on said arms and shoulders; it was all just part of the act anyway.

Had this job offer not come my way though, I’m uncertain how I would have managed. The energy of that industry was scary but comfortable to me. I knew how to manage it, having learned at a young age. Remember my cover letter skills? Adaptability is right in there in the mix. I witnessed the environment around me and moved to ensure I matched accordingly. I was strong; I was rough around the edges. I had a toxic energy towards queer people. I had adopted the traits I felt would help me survive.

Surviving meant lying to myself. Lying to myself meant lying to everyone else in my life. A liar in the streets is a liar in the sheets after all. I didn’t have a single honest relationship in my life. Not with a friend or family or lover. My worry was that if i let the real me out, I wouldn’t be able to stuff it back inside. Like trying to put a hairdryer back in the box so you can pretend you never used it and would like a full refund with no questions asked, thank you very much. I was worried I wouldn’t be able to hide it when I had to show up to work with a coffee in my hand and force a laugh as Rob calls one of his workers a queer for not being able to drill a hole in a piece of sheet metal. I wouldn’t be able to protect myself when the guys on the crew objectified every woman they knew, talked dismissively about people of colour or spoke openly about how they would hurt queer people. I once worked on a plank on the side of a building, 147 feet in the air, as he told me in private, and with full confidence, that if his son grew up to be gay, he would be inclined to beat him to death.

I saw the challenge presented in telling any one of these people that I was not the man with a beard that they saw every day. That I would rather shed the safety vests, tool bag and men’s clothing and live an honest life. I’d prefer to have longer hair, no facial hair. No muscles on my arms. Maybe I’d wear a dress once in a while, but probably more often than not, I’d dress comfortably: jeans and a shirt, casual makeup, and a heavily researched skincare regimen. These were the truths I held from everyone I knew, most notably myself. For the most part.

Spoiler alert for those reading this story: I am that person. All long hair, jeans and skin care. I do not pass as a woman in most places, but I also don’t pass as a man. If I was to walk up to the men I worked with for years or any other gaggle of dudes standing in an awkward circle with a safety vest on, guaranteed I would be laughed out of it. When I see them now, I think about how it felt to be in their ranks and what so many of them that I know think about people like me. I cross the street if I see them in my path; I avoid their gaze when I’m at a crosswalk and there’s some vest there directing a truck. I know this world is closed to me now. And I find I would much rather be out enjoying the morning air while the dog takes a pee on the front yard, wearing a t-shirt dress over my sweatpants, because I am first and foremost a lady of leisure in the morning. I would rather be called a faggot by the type of person that I used to be and go inside, make coffee, and thank God that doesn’t have to be my life anymore.