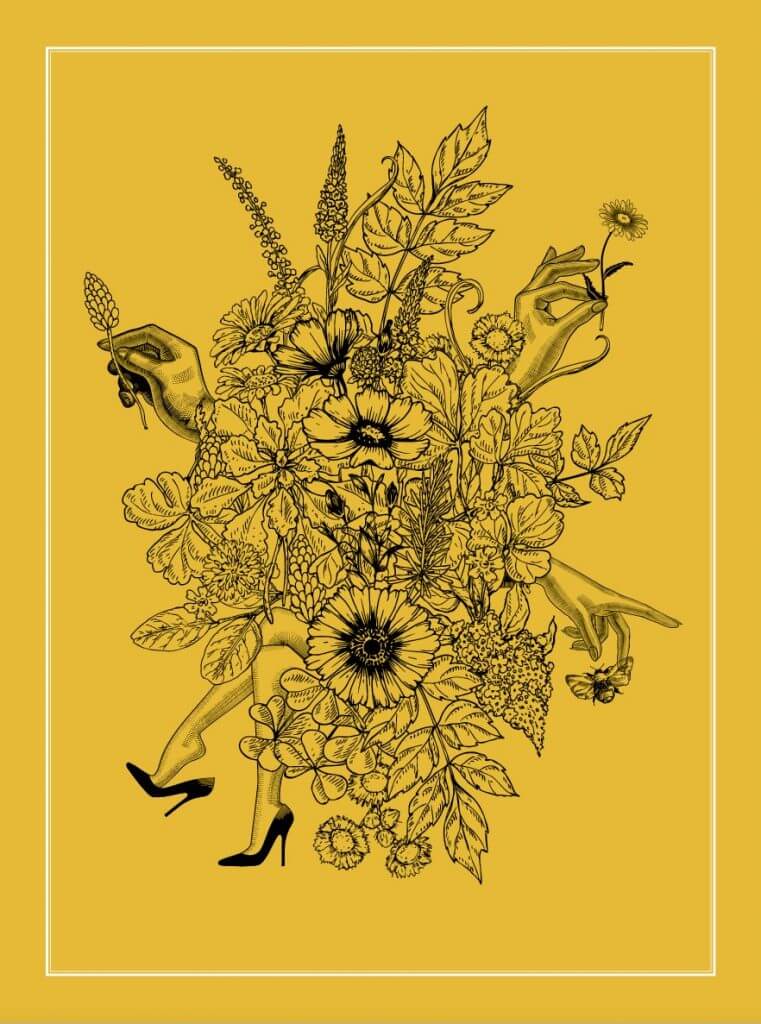 “Do earrings count as clothing?” asked a brunette contestant, decked out in multiple sweaters. “They’re not on the list.” It was the very first Strip Spelling Bee I’d organized and we were already running into problems. “And,” she continued coyly, “if so, do they count as two items?” She tapped the dangling emerald drops, and the audience laughed.

The idea behind the event in its earliest, totally experimental incarnation, was that contestants would be challenged to spell words of increasing difficulty over three rounds. If they got a word right, they would sit back down, but if they got it wrong, they’d have to striptease off an item of clothing to a random pop song. Round two would entail two items, and round three, three.

Makes sense, right? And I de ned all the items that would count as clothing on a list, which I handed out to everyone, alongside the rules, at the start.

What I didn’t count on was that contestants would quibble so much that I’d have to change all the rules one hour in. I was starting to feel flustered; this was not turning out to be the good time I’d imagined.

Back in 2007, I was new to event planning. After a night out in a smoky bar, where the music was so loud it shook my earwax loose, I began to dream of other kinds of nights out: events catered to quiet yet playful folks like me, events that expanded the boundary of who could participate and who could perform.

I started with Slowdance Nights—like a prom re-do for grown-ups. Then once I realized how easy it was to dream up a fanciful idea, book a venue, create a Facebook event page and then get actual people to come out, I experimented with a quick succession of alternative events—social science experiments that masqueraded as a “good time.” There was: Advice Night, where I read out anonymous problems on stage, and then the crowd would brainstorm solutions. The Bawling League, (a counterpoint to comedy festivals), where folks shared things that make them cry. Crowd Karaoke, where all the awful parts of regular karaoke (the bad singers and the interminable wait for your turn) were fixed by everyone singing along—choir-like—to pop songs together. Cardboard Fort Night, where people were given unlimited sheets of cardboard and duct-tape, to make the most magnificent structures they could dream up.

There were scores more. The Idea Adoption Agency. Show & Sell. The Arcade Choir. Drunken Christmas Caroloke. I was on a roll, and the next thing I wanted to do was a Hipster Spelling Bee for adults.

I was excited about the Bee. But the response was lukewarm. Megan, the person I was seeing at the time, told me she had invited her friend Charlotte, but was rebuffed.

“A spelling bee?” Charlotte had exclaimed. “Snore. The only way I’d go to something like that is if there were stripping.”

When I heard that… lightbulb.jpg!

A strip spelling bee seemed like a golden idea—until that first evening, when I actually tried to manifest it. The problem was, there were no existing rules for such a combination of vocations. I’d Googled the idea, but back in 2007, the only thing that popped up was an audio clip of a woman stripping on a radio show. So, I had to make up rules based on my best guess of what would work. And that’s how I ended up on stage debating the legality of accessories in front of an increasingly restless audience, anxious to see flesh.

“I’m trashing the rules,” I announced to the crowd.

The contestants, sitting overdressed in the front row, looked taken aback. I knew it was unfair to change the rules mid-game, but I had warned everyone that this was an experiment. That it might be a delight or a disaster.

“Throw out the lists,” I said, crumpling up my own. “They don’t matter.” Then I let everyone in on the rule changes I’d just made.

“Now, when a word is misspelled, contestants do a third of their clothing. That way I don’t have to micromanage definitions—and those wearing the entire contents of their closets don’t have an unfair advantage.”

The next dramatic recalibration I made was to have my co-host, Sofi, jump straight to the most difficult Round Three words. I’d underestimated how easy the words we’d done so far would be. A Round One word like “kaleidoscope” was anyone’s to ace.

“Speller, your word is kiaugh,” So said, pronouncing the suddenly high-stakes word key-ock.

The crowd gasped at the abrupt spike in difficulty, then laughed. I felt my own tension dissipate. “It’s a noun. It means distress or worry. Its origin is Scottish Gaelic.”

“Um,” the speller turned to look at us at our table.

He stalled. “Can I hear it in a sentence?”

Sofi handed the microphone to me, and I scrambled to come up with a preposterous sentence that made sense but was ultimately unhelpful.

“I am full of kiaugh because my kayak has a hole in it, as does my bum.”

The crowd laughed. But still, I was worried that I might have given him a clue by using the word kayak. “C—” he began.

Ding! Sofi rang her bell with delight, signalling a misspelling. The audience crowed. The speller sighed. “I overthought it,” he said, shaking his head.

“Oh, so sorry,” said Sofi, not sorry at all. “The correct spelling is K-I-A-U-G-H.” She spelled it slowly, and the audience followed closely, seeing where they’d gone wrong themselves, as they’d mentally spelled along.

The opening beats of “SexyBack” by Justin Timberlake thumped through the room and our speller grabbed his shirt hem, his hips starting to sway.

After the ultimate success of the first strip Spelling Bee, I added new rules for future ones: I instituted a No-booing Policy and a No-photos Policy, in tandem with a Snitch Protocol, whereby the crowd was encouraged to surveil their neighbours and whistleblow any violators of the rules, after which they’d be rewarded with free drinks.

As host, I was the only person in the room allowed to take photos, and I cleared permissions with my spellers when they signed up.

“The photos don’t go anywhere,” I told the crowd. “They are hidden safely on my hard drive,” I said, my voice full of innuendo. “It’s my way of getting to know my spellers a little better, in private.” The crowd chuckled. The truth of the matter is that most of the photos I take, I never revisit. They are all blurry and dark, and they serve more as a means for me to remember the drunken proceedings than anything else. But some of them do bring back fond memories of notable contestants:

There was Greg*, a bearded senior and a university prof—and also a regular—who joyfully hopped around the stage each time. Alec, who never wanted photos taken because he was a second-grade teacher, but whose costumes were always exquisitely handmade. Tim, an actual former national spelling bee champion, who also happened to be an exhibitionist. Elena, who, after getting fully naked, reached up into herself, pulled out her Diva Cup and poured her own menstrual blood all over her tits as a finishing flourish. Mia, a trans woman who competed regularly, but who finally took her underwear off for the first time after she got her new vagina.

Back to that first night: under the blazing red lights, one speller had just failed his final word. “Sweet Child O’ Mine,” by Guns N’ Roses, echoed around the theatre, and he’d already dropped his leopard print jacket and leather vest. Soon, he was wearing nothing but his bright red underwear, which he tugged and teased, beckoning for cheers. The crowd obliged.

*All names have been changed.