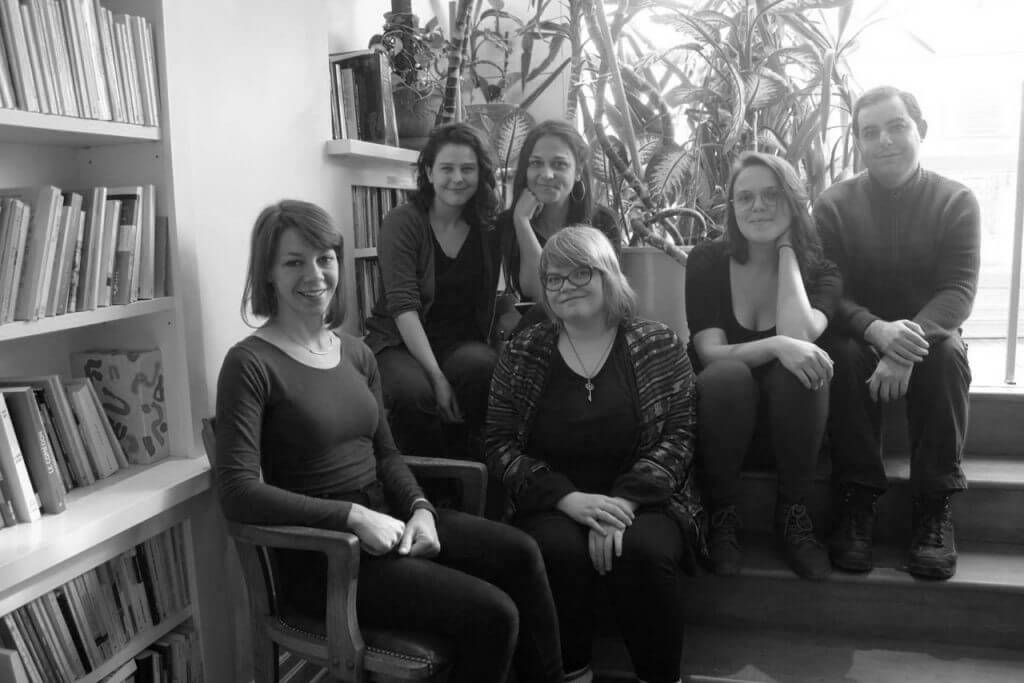 On a Thursday evening in May, about a dozen women gather around a large wooden table at L’Euguélionne, Canada’s only feminist bookstore. The Montreal shop is filled with chatter as the crew, participants in a zine-making workshop, sift through piles of paper. Since it opened in December 2016, L’Euguélionne has become a hub, hosting public events like this one, along with launches, discussion groups, panels, and intimate concerts nearly every night—and Montrealers have been quick to embrace it, says Stéphanie Dufresne, one of the store’s six co-owners. “I think it’s magical in that we’ve received a positive reaction from so many communities,” she says.

Located in the city’s gay village, L’Euguélionne carries about 4,000 titles—from sci-fi and graphic novels, to poetry, critical essays, and zines. While most material is in French, the staff hopes to expand their English inventory this summer.

Still, for the owners, launching a feminist bookstore was about more than just literature. While they’re aiming to elevate feminist writers and voices—particularly those who tend to go unrecognized like queer writers and writers of colour—they’re also hoping to fill a void.

Dufresne says that starts with the neighbourhood. “The discourse that surrounds the village is that it’s for LGBTQ+ people but when you look at who uses the space, who owns the businesses, it’s mostly gay men,” she explains. “We thought it was a somewhat political move to… create a space for women, feminine-identified, and gender non-conforming people.”

Lack of space is something she also sees throughout the city. While there’s been an increasing focus on feminist issues in recent years, Dufresne points out that there are still few designated spaces where communities can learn about and share feminist ideas. To her, having a building where others can reliably meet and access information is key. “Media discussions are temporary. A story breaks and disappears,” she says. “But books are more permanent and can provide context.”

So far, L’Euguélionne has allowed many types of feminists to interact, Dufresne says. Parents arrive looking for books for their kids. Students come to purchase course material. A recent panel discussion between a number of academics was attended by a group of older women from a nearby women’s shelter, some of whom had participated in Montreal’s feminist movements in the 1960s and ’70s.

Moving forward, Dufresne says she and her fellow co-owners hope to continue to see patrons using the space to elevate and educate one another.

“My definition of feminism is, if it’s not intersectional what’s the point?” she says. “If you exclude people you’re just reproducing what you’re trying to fight.”