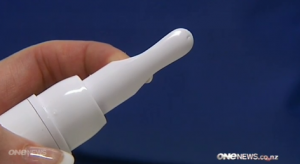 It’s been 14 years since the erectile dysfunction pill Viagra hit the market, and it seems like women are finally close to getting one, too—in the form of a nose spray.

The product, called Tefina, is a testosterone gel that gets sprayed up the nose and absorbed within minutes, with effects that could be felt within hours. Aimed to combat Female Orgasmic Disorder (FOD), also known as anorgasmia, Tefina is “a bioadhesive ‘no touch’ intranasal low-dose gel formulation of testosterone.” From the company Trimel, the spray is designed for “use as required” treatment, and has virtually no androgen-related side effects like acne, hair growth, and voice deepening. It also is not expected to have risk of testosterone transfer from skin-to-skin.

The drug, which intends to increase orgasms for females, is being tested in Australia, the United States, and even Canada, where Health Canada recently approved the trials. Australian researchers are aiming for 240 pre-menopausal women, aged 18-49, to participate in this Phase II Ambulatory study. Canadian enrollment sites are expected to be up and running in the next 30 days, with actual product ingesting done at the patient’s home instead of in a hospital.

There seems to be a lot of heat surrounding the race to put a female equivalent of Viagra on the market, as is outlined in Liz Canner’s 2011 documentary Orgasm Inc. It’s not even just a question of what the most effective product will be, but also if it’s possible that a drug that can make women orgasm more often, and furthermore, if there’s even such a medical condition in the first place. As Jezebel reported, Orgasm Inc. asks whether Female Sexual Dysfunction (FSD) “will be an umbrella diagnosis for women who’ve never been stimulated properly, and questions the ethics of the companies who are more than willing to keep women in the dark about their own bodies in order cash in.” Still, Dr. Fiona Jane of Melbourne’s Monash University was quoted as saying that “female sexual dysfunction is a real thing” and thinks “up to 43 percent of women suffer from some form of sexual dysfunction.” According to a Trimel press release, FOD affects approximately one in five pre- and post-menopausal women worldwide. 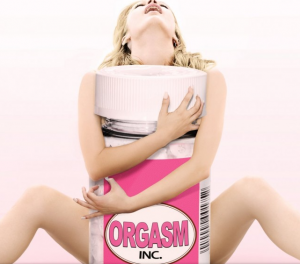 This process has been a long and arduous one, and it still doesn’t have an end in sight. And, it still seems as if people are glossing over the larger issue here, which is weather or not there is even a disorder that can be dealt with in the first place. Are women really suffering from a dysfunction of some kind, or have they just not been pleasured in the appropriate way for their body (as a male friend of mine announced the other night, “Yo, all girls are different”)? Sexual pleasure is a complicated matter, and it’s not uncommon for women to have a harder time reaching climax in sex than men. The results from Tefina’s testing will be much anticipated, and probably, very interesting—regardless of which direction they sway. In the meantime, women will keep having sex, and hopefully, exploring the ways in which they can experience pleasure.