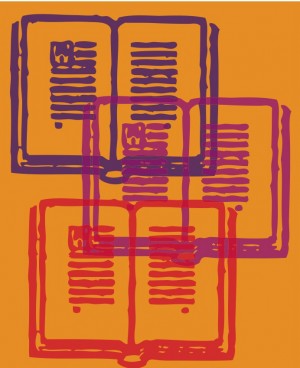 In some circles these days, talking about reading is tantamount to announcing you have leprosy. Once, I was greeted by plaintive laments and guilty, apologetic admissions: I wish I had time to read or I honestly can’t remember the last time I read a book. Now, my mentions of books are more often met by defensive, self-affirming declarations: Who in the world has time to read! These rhetorical questions seem to imply a reader’s contribution to society decreases with every page he or she turns. Increasingly, it feels like the fact of taking the time to read a book is no longer coveted, it’s under attack.

Imagine, then, the kind of vitriol the act of rereading might inspire. To take the time not only to read a book once, but to pick it up a second time and read the exact same pages over again. Should you even admit to something like that in public? What possible argument could be made for re-reading a book when so many more out there yearn to be read? Few things—creating a brand new Friendster page, maybe, or making your own wallpaper—seem less productive.

Yet in the tireless thrust forward, there have recently been a few voices earnestly—though not unapologetically—praising the act of re-reading. The scholar Patricia Meyer Spacks recently published an entire book about rereading called On Rereading, in which she captures the pleasure of rereading by she revisiting everything from children’s tales to Jane Austen and Doris Lessing. In an essay on the literary website The Millions, Lisa Levy explored the different reasons people have for returning to familiar books. Contributors to the Rereading column in the Guardian and its now-defunct sibling in The American Scholar are well-versed in rereading as an act of criticism and memoir, the latter a genre that continues to experience a popularity breakaway right now.

I got to thinking about the strangeness of rereading while reading (for the first time) Julian Barnes’s The Sense of an Ending, a novella driven wholly by the unreliability and selectiveness of memory in which rereading plays a central role. In many ways, the fallibility of memory is precisely what makes rereading books so viscerally pleasurable. At first glance, rereading is revisiting a familiar and comforting conversation. But it is so much more than that. Rereading is time-travel, putting the pieces of a conversation with a former self back together in a different yet familiar context. People talk about books being staid, immutable artifacts, but they are nothing of the sort.

I recently reread Michael Redhill’s Martin Sloane, a graceful novel about a love affair between a self-destructive older artist and a younger woman that I spent a long and intimate afternoon with a few years ago, shortly after the break-up of a relationship. I’ve carried the story and its rhythms with me ever since, and I decided to go back to the novel to find those comforts again. But what I discovered on rereading was that I was a liar. While the tone was as I remembered, the scenes I loved were not scenes in the book. I had made them up. I’d also taken the liberty of jettisoning characters, as well as most of the plot. For years I have felt an affinity with something that never existed. But somehow, finding that out didn’t make it any less real. The book I remember and the book I reread exist separately in my imagination now, linked by a liminal space.

The inaugural issue of the Edmonton-based literary journal Eighteen Bridges featured an essay on rereading by American novelist Richard Ford in which he described the act as “what we originally meant by reading—an achieved intimacy  …  the chance of glimpsing (but not quite possessing) the heart of something grand and beautiful we might’ve believed we already knew well enough.” That something grand is the story, of course, and all of its implications, but also the knowledge of ourselves or, more aptly, the knowledge that we cannot know ourselves at all.

That’s maybe a bit harsh. Perhaps William Hazlitt, incorrigible rereader, had it right. In his essay “On Reading Old Books,” he explains that he values re-reading both for the comfort of knowing what to expect and for “the pleasures of [having] memory added” to the experience. For Hazlitt, rereading was less about the act of reading, and more about the act of remembering, of exercising the faculty of memory through the lens of the text.

Maybe the popularity of the personal memoir and the ease with which e-readers allow us to search out favourite passages or chapters will lead to a more established subgenre of rereading memoirs. Maybe rereading book clubs will become a trend. Maybe our culture’s obsession with confession could be the thing to get people talking about reading again.